You are the PA of a director from a non-profit organization for development aid. This organization wants to have a new website. Your director suggests to

ask an acquaintance who is a professional web designer. It seems fine, as you do not know any person in that industry. The director’s acquaintance indeed created the website and everybody seems happy.

After a while you notice that no invoice has passed to be signed by your director. He tells you to have paid his friend without invoice in order to save the organisation a lot of money. Which is very important as this non-profit organization is mainly dependent of gifts and state subsidy. In the meantime, your director should be aware of increasing and in-depth controls by the tax authorities of non-profit organizations and the press is really interested in any misconduct regarding this.

You advise your director to have an official invoice from the web designer in order to avoid problems. He agrees and he has his acquaintance send the invoice.

Some two months later it appears that your director again has paid this friend without an invoice , in this case, for creating a brochure, even though your director promised you not to pay any assignments anymore without invoice.

Advice
The first thing to do is finding out whether your organization has a code of conduct or any internal audit rules for this. Non-profit organization not always have such rules. This makes it difficult to really press your director to honour his promise after the payment for the new website. In order to avoid such problems, you should indeed advise him to make internal audit procedures or a compliance agreement for the whole organization. 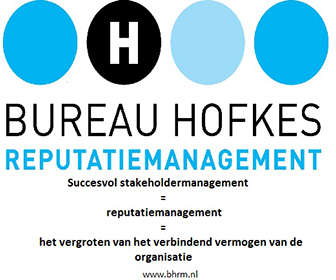 Enter your e-mail address to receive notifications about new dilemmas and other news from this site.